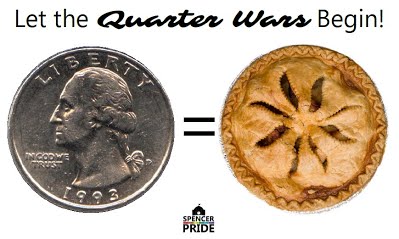 Want to see one of the Spencer Pride Inc. Directors get a pie in the face?  Want to help us raise money for our 10th Anniversary?  Now you can accomplish BOTH goals at the same time.