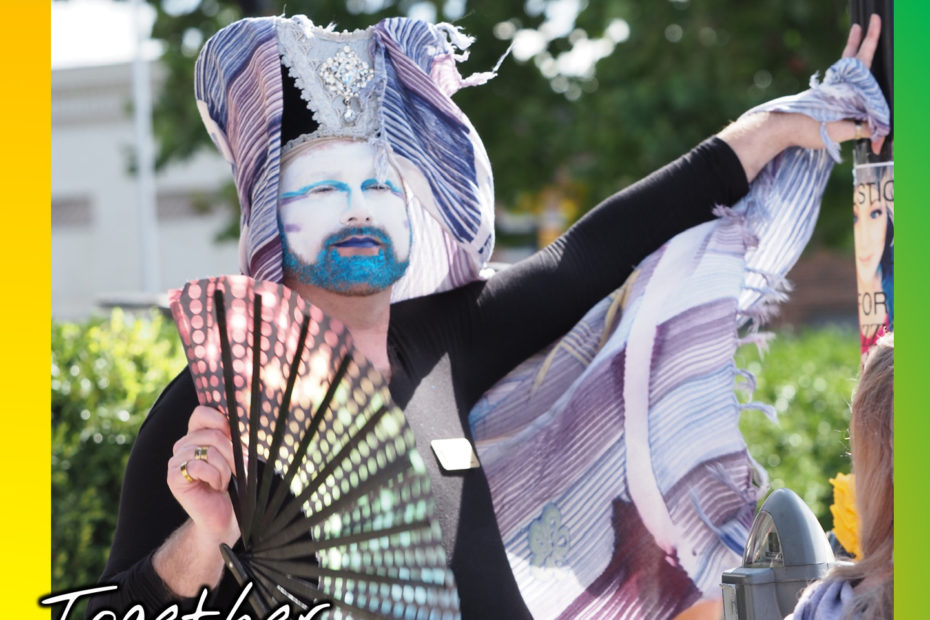 There was a lot happening at the festival, in addition to the huge marketplace.  With multiple downtown businesses participating and two entertainment venues with all-day lineups, there was no shortage of fun for festival attendees. 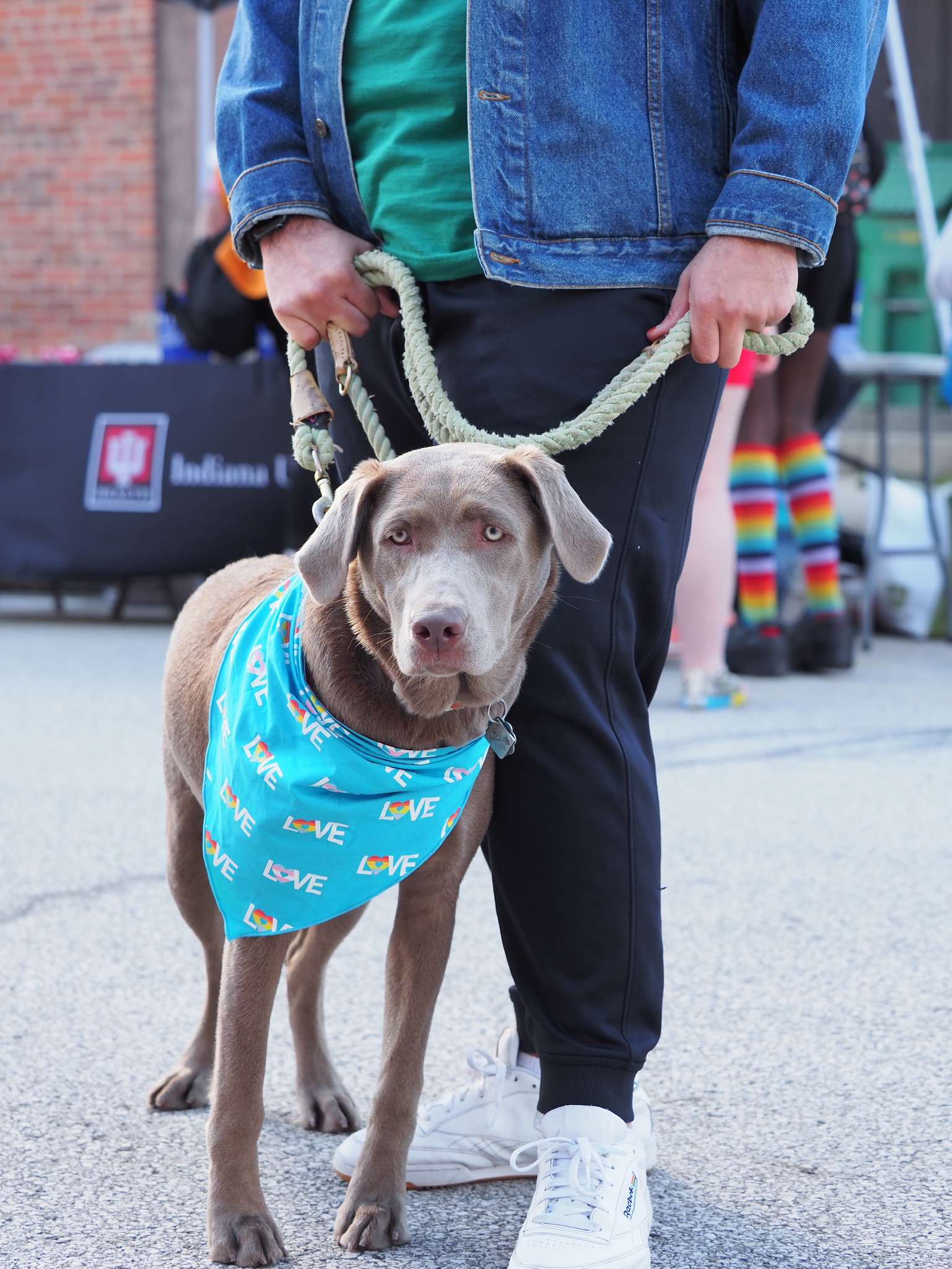 Pictured here is one of our smiling, furry friends who participated in the 2021 Spencer Pride Festival Pet Parade.

The historic Tivoli Theatre served as the primary entertainment venue, with a diverse lineup of performances all day on the Ivy Tech Main Stage.  From magic to drag, rock music to jazz music, the Tivoli was bustling.  The most popular performers (outside of the drag show) were Tret Fure, Dacota Muckey & The Trip, Pride of Indy Jazz Band, and the Quarryland Men’s Chorus.

Civilian Brewing Corps., Spencer’s local brewpub, was packed all day long with guests enjoying their fabulous food, beverages, and atmosphere.   Civilian also sold beer within the Tivoli Theatre for those 21 years of age and up.  The local brewpub was the official food and beverage sponsor of this year’s event. 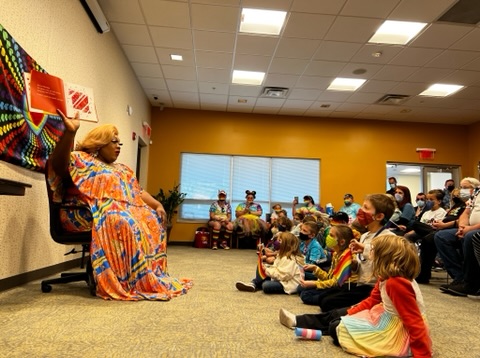 Drag Queen Storytime was a HUGE success this year at the Owen County Public Library.

There was high turnout for Drag Queen Storytime, held for the first time in the Owen County Public Library.  Pat Yo Weave read three books to the crowd, who was enchanted by her presence and her eloquent reading.   While most attendees were seated in chairs, there were many small children seated on the floor encircling Pat as she read.  They waved colorful flags when they got especially excited, which happened frequently.

The Pet Parade, presented by Elanco, saw record participation from many different types of animals.  The grand prize winner for best costume went to a goat and its human companion, Pam Browning.  Next year, the Pet Parade will be longer and given a larger space for announcements given the high turnout in 2021.

Juniper Art Gallery welcomed special guest Charlie Bird of Bloomington, who was on hand to take photos with attendees while selling books for Charlie’s medical expenses.  It was also a stop for drag queen Pat Yo Weave, who visited several establishments to ensure a strong connection with the festival.  Pat Yo Weave was also seen at The Dragonfly Gallery, where she perused the wonderful merchandise and posed for photos with many guests. 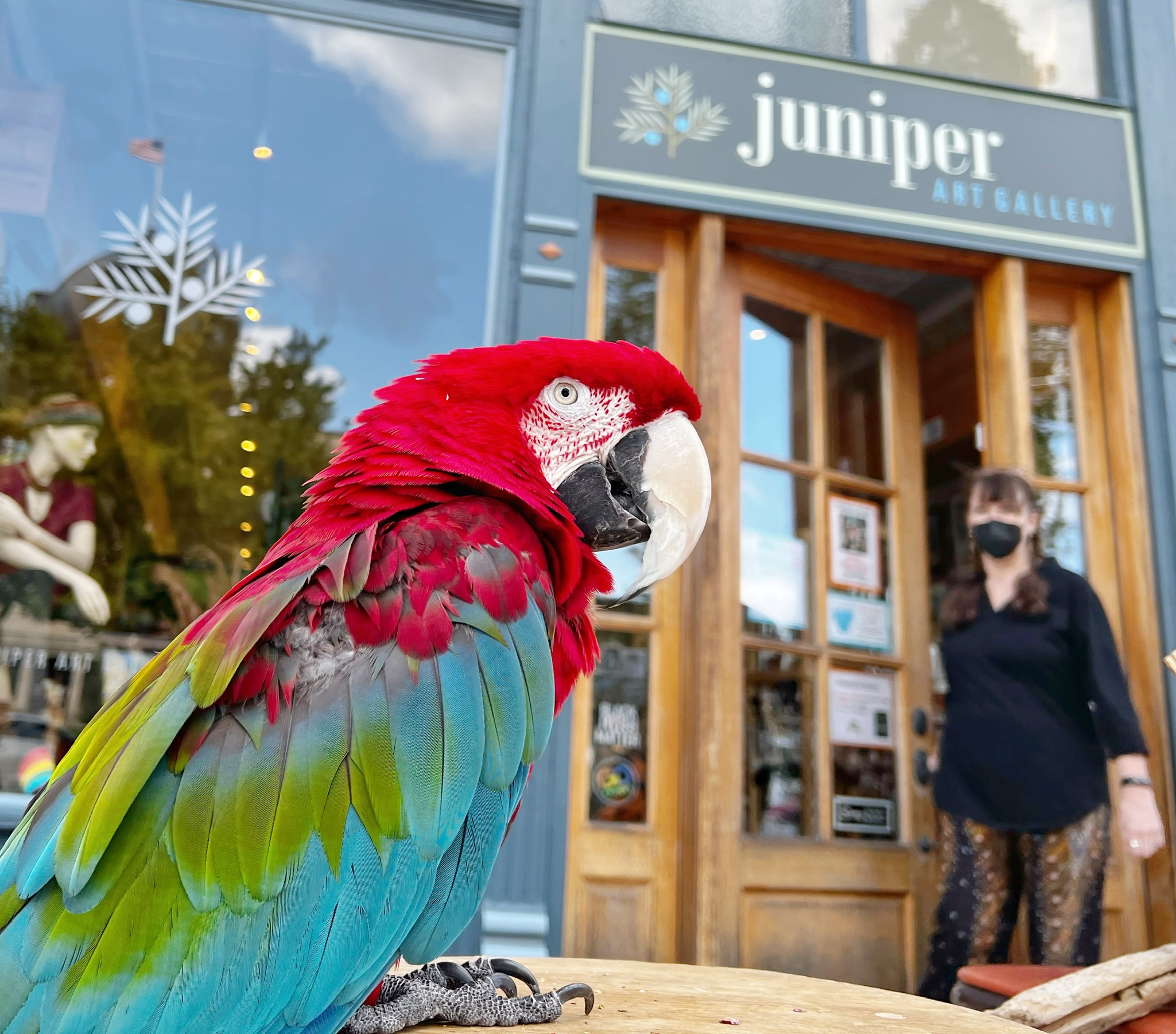 In addition to providing a place to shop and use a restroom, the Spencer Pride commUnity center also hosted the festival’s secondary entertainment venue.  This venue ensured that guests had multiple entertainers to choose from at any point in the day, all free thanks to the event’s gracious sponsors.

Jeffrey Bowen, one of the entertainers in the Spencer Pride commUnity center meeting room, described his audience as “magical.”  His act, which filled the available seats in the meeting room, was adored by those in attendance.  Children danced at the front of the seating area, excited by Bowen’s performance.

The final performance of the day was the annual Spencer Pride Festival drag show, which featured four drag queens and one drag king.  The drag show filled the theatre to its (pandemic-limited) capacity with people of all ages.  The event was also broadcast live to the Spencer Pride commUnity center meeting room for those who couldn’t get a seat at the Tivoli.  Organizers have already begun talking about hosting two separate drag shows for the 2022 Spencer Pride Festival, in order to accommodate the high demand for this fabulous entertainment.