Another Hoosier Teen Lost to Bullying 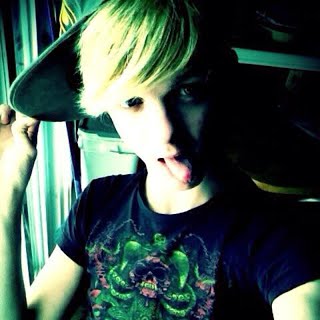 We are saddened to report that on March 12, Westfield teenager Blake Boothe took his own life after undergoing continued bullying at his middle school.  Blake, who was 14 years old, had been bullied for some time.  According to his friends, he had reported the bullying to the school.   That did not solve the problem.

Even after his death, students continued to write ‘fag’ on his locker.  Thankfully some teachers began standing watch over his locker to prevent further defamation.
We are truly saddened by Blake’s death and extend our thoughts of sympathy to his parents and 17 year old brother.
When a tragedy like this happens, everyone wants to assign an easy solution to it.  It’s simpler to point the blame and then move on.  Yet it’s not that simple.
– Yes, the individuals bullying Blake were the instigators of the psychological abuse aimed at Blake.
– Yes, the parents of those bullies should have been more engaged in their lives to understand what their children were doing.
– Yes, the staff of Westfield Middle School should have taken stronger actions when the bullying was reported to them.
– Yes, the administration of Westfield Middle School should have had a less tolerant policy for responding to known bullying (although they describe it as “zero tolerance” the actual policies outlines four offences before being referred to the Dean of Students for expulsion.  Even worse, it actually allows for more than that.)
Please talk to your family and friends about this situation.  Share Blake’s story so that we can all learn from what happened here.  Bullying is a major issue in our schools today, and it must be continually and aggressively addressed in order to prevent putting even more teens into the same position as Blake.