Our Fundraising Director, Maggie, reflects on what brought her to Spencer Pride 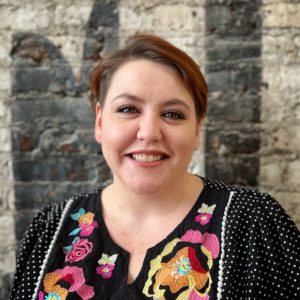 What brought me to Spencer Pride… you can call me a townie (idk why everyone calls us Bloomingtonians, we’re townies, but I digress ha) every day of the week. And while I am Bloomington born and raised, I also lived in Owen County during my childhood for a few years. This resulted in a grand tour through their school district, and a first-hand experience of a rural school district and how they reacted to an a-typical kiddo like me way back when, before landing at Harmony.
A few decades, kiddos, and life experiences later, I found myself purchasing land in Owen County to build a house on… eventually lol… only because I could see the change that Spencer Pride is bringing to Owen County. You can probably tell, it wasn’t a great experience in my elementary/middle school years, and I was wary of calling Owen County home again. Especially with 4 kiddos in tow who are ‘weirdos’ like me (trust me, I love they are weirdos and it’s a term of endearment for me, but we aren’t here to talk about that ha). I’d been a festival vendor and could see how Spencer Pride is changing Owen County. And wouldn’t you know it, it was just around that time I received an email that a fundraising director was needed for Spencer Pride.
Knowing that I could be one drop in the bucket of change in Owen County, while continuing a really cool freaking thing for my kiddos to be involved in as they grow, was what made me hit reply to ask if “Girl Scout Cookie fundraising counted as fundraising experience?” to that email. In which Judi replied, “let’s talk” and the rest is history… in the making, ha. And selfishly, I can’t lie, there’s a part of me that came because being a small business owner in the wedding industry, it’s exciting to be a part of the heteronormative narrative change that is so needed. But at the end of the day, it truly lies within the fact that Spencer Pride is making a safe space for kiddos like mine in what once was the worst place I’ve ever lived, and I couldn’t be more thankful to say I am involved in that.
Tags:Board of DirectorsSocial Justicefundraiser15th Anniversary