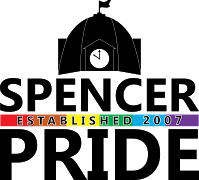 This document is available as a PDF and can be downloaded by clicking the attachment link at the bottom of this posting.

A Summary of Today’s Supreme Court Decision in UNITED STATES VS. WINDSOR

When at first Windsor and Spyer longed to marry, neither New York nor any other State granted them that right. After waiting some years, in 2007 they traveled to Ontario to be married there. It seems fair to conclude that, until recent years, many citizens had not even considered the possibility that two persons of the same sex might aspire to occupy the same status and dignity as that of a man and woman in lawful marriage.

For marriage between a man and a woman no doubt had been thought of by most people as essential to the very definition of that term and to its role and function throughout the history of civilization.

For others, however, came the beginnings of a new perspective, a new insight. Accordingly some States concluded that same-sex marriage ought to be given recognition and validity in the law for those same-sex couples who wish to define themselves by their commitment to each other. The limitation of lawful marriage to heterosexual couples, which for centuries had been deemed both necessary and fundamental, came to be seen in New York and certain other States as an unjust exclusion.

Slowly at first and then in rapid course, the laws of New York came to acknowledge the urgency of this issue for same-sex couples who wanted to affirm their commitment to one another before their children, their family, their friends, and their community. And so New York recognized same-sex marriages performed elsewhere; and then it later amended its own marriage laws to permit same-sex marriage.  New York, in common with, as of this writing, 11 other States and the District of Columbia, decided that same-sex couples should have the right to marry and so live with pride in themselves and their union and in a status of equality with all other married persons. After a statewide deliberative process that enabled its citizens to discuss and weigh arguments for and against same-sex marriage, New York acted to enlarge the definition of marriage to correct what its citizens and elected representatives perceived to be an injustice that they had not earlier known or understood.

The State’s power in defining the marital relation is of central relevance in this case quite apart from principles of federalism. Here the State’s decision to give this class of persons the right to marry conferred upon them a dignity and status of immense import. When the State used its historic and essential authority to define the marital relation in this way, its role and its power in making the decision enhanced the recognition, dignity, and protection of the class in their own community.

Though these discrete examples establish the constitutionality of limited federal laws that regulate the meaning of marriage in order to further federal policy, DOMA has a far greater reach; for it enacts a directive applicable to the Court over 1,000 federal statutes and the whole realm of federal regulations. And its operation is directed to a class of persons that the laws of New York, and of 11 other States, have sought to protect.

… the Federal Government, through our history, has deferred to state law policy decisions with respect to domestic relations. …

The significance of state responsibilities for the definition and regulation of marriage dates to the Nation’s beginning; for “when the Constitution was adopted the common understanding was that the domestic relations of husband and wife and parent and child were matters reserved to the States.”

Against this background DOMA rejects the long established precept that the incidents, benefits, and obligations of marriage are uniform for all married couples within each State, though they may vary, subject to constitutional guarantees, from one State to the next.

The State’s power in defining the marital relation is of central relevance in this case quite apart from principles of federalism. Here the State’s decision to give this class of persons the right to marry conferred upon them a dignity and status of immense import. When the State used its historic and essential authority to define the marital relation in this way, its role and its power in making the decision enhanced the recognition, dignity, and protection of the class in their own community.  DOMA, because of its reach and extent, departs from this history and tradition of reliance on state law to define marriage. …

The Federal Government uses this state-defined class for the opposite purpose—to impose restrictions and disabilities. … What the State of New York treats as alike the federal law deems unlike by a law designed to injure the same class the State seeks to protect.

In acting first to recognize and then to allow same-sex marriages, New York was responding “to the initiative of those who [sought] a voice in shaping the destiny of their own times.” Bond v. United States, 564 U. S. ___, ___ (2011) (slip op., at 9). These actions were without doubt a proper exercise of its sovereign authority within our federal system, all in the way that the Framers of the Constitution intended. The dynamics of state government in the federal system are to allow the formation of consensus respecting the way the members of a discrete community treat each other in their daily contact and constant interaction with each other.

The States’ interest in defining and regulating the marital relation, subject to constitutional guarantees, stems from the understanding that marriage is more than a routine classification for purposes of certain statutory benefits. … By its recognition of the validity of same-sex marriages performed in other jurisdictions and then by authorizing same-sex unions and same-sex marriages,New York sought to give further protection and dignity to that bond. For same-sex couples who wished to be married, the State acted to give their lawfulconduct a lawful status. This status is a far-reaching legal acknowledgment of the intimate relationship between two people, a relationship deemed by the State worthy of dignity in the community equal with all other marriages. It reflects both the community’s considered perspective on the historical roots of the institution of marriage and its evolving understanding of the meaning of equality.

DOMA seeks to injure the very class New York seeks to protect. By doing so it violates basic due process and equal protection principles applicable to the Federal Government.

The responsibility of the States for the regulation of domestic relations is an important indicator of the substantial societal impact the State’s classifications have in the daily lives and customs of its people. DOMA’s unusual deviation from the usual tradition of recognizing and accepting state definitions of marriage here operates to deprive same-sex couples of the benefits and responsibilities that come with the federal recognition of their marriages. … The avowed purpose and practical effect of the law here in question are to impose a disadvantage, a separate status, and so a stigma upon all who enter into same-sex marriages made lawful by the unquestioned authority of the States.

As the title and dynamics of the bill [DOMA] indicate, its purpose is to discourage enactment of state same-sex marriage laws and to restrict the freedom and choice of couples married under those laws if they are enacted.

The Act’s demonstrated purpose is to ensure that if any State decides to recognize same-sex marriages, those unions will be treated as second-class marriages for purposes of federal law. This raises a most serious question under the Constitution’s Fifth Amendment.  DOMA’s operation in practice confirms this purpose. When New York adopted a law to permit same-sex marriage, it sought to eliminate inequality; but DOMA frustrates that objective through a system-wide enactment with no identified connection to any particular area of federal law. DOMA writes inequality into the entire United States Code. The particular case at hand concerns the estate tax, but DOMA is more than a simple determination of what should or should not be allowed as an estate tax refund. Among the over 1,000 statutes and numerous federal regulations that DOMA controls are laws pertaining to Social Security, housing, taxes, criminal sanctions, copyright, and veterans’ benefits. DOMA’s principal effect is to identify a subset of state-sanctioned marriages and make them unequal. The principal purpose is to impose inequality, not for other reasons like governmental efficiency.

And DOMA contrives to deprive some couples married under the laws of their State, but not other couples, of both rights and responsibilities. By creating two contradictory marriage regimes within the same State, DOMA forces same-sex couples to live as married for the purpose of state law but unmarried for the purpose of federal law, thus diminishing the stability and predictability of basic personal relations the State has found it proper to acknowledge and protect. By this dynamic DOMA undermines both the public and private significance of state-sanctioned same-sex marriages; for it tells those couples, and all the world, that their otherwise valid marriages are unworthy of federal recognition. This places same-sex couples in an unstable position of being in a second-tier marriage. The differentiation demeans the couple, whose moral and sexual choices the Constitution protects …  And it humiliates tens of thousands of children now being raised by same-sex couples. The law in question makes it even more difficult for the children to understand the integrity and closeness of their own family and its concord with other families in their community and in their daily lives.

Under DOMA, same-sex married couples have their lives burdened, by reason of government decree, in visible and public ways. By its great reach, DOMA touches many aspects of married and family life, from the mundane to the profound. It prevents same-sex married couples from obtaining government healthcare benefits they would otherwise receive…. It deprives them of the Bankruptcy Code’s special protections for domestic-support obligations … It forces them to follow a complicated procedure to file their state and federal taxes jointly…  It prohibits them from being buried together in veterans’ cemeteries… For certain married couples, DOMA’s unequal effects are even more serious…

DOMA also brings financial harm to children of same-sex couples. It raises the cost of health care for families by taxing health benefits provided by employers to their workers’ same-sex spouses… And it denies or reduces benefits allowed to families upon the loss of a spouse and parent, benefits that are an integral part of family security…

The power the Constitution grants it also restrains. And though Congress has great authority to design laws to fit its own conception of sound national policy, it cannot deny the liberty protected by the Due Process Clause of the Fifth Amendment.

What has been explained to this point should more than suffice to establish that the principal purpose and the necessary effect of this law are to demean those persons who are in a lawful same-sex marriage. This requires the Court to hold, as it now does, that DOMA is unconstitutional as a deprivation of the liberty of the person protected by the Fifth Amendment of the Constitution.

DOMA singles out a class of persons deemed by a State entitled to recognition and protection to enhance their own liberty. It imposes a disability on the classby refusing to acknowledge a status the State finds to be dignified and proper.

The federal statute is invalid, for no legitimate purpose overcomes the purpose and effect to disparage and to injure those whom the State, by its marriage laws, sought to protect in personhood and dignity.  By seeking to displace this protection and treating those persons as living in marriages less respected than others, the federal statute is in violation of the Fifth Amendment. This opinion and its holding are confined to those lawful marriages.

Hopefully you’ve found this summary to be informative.

Please let us know if it helped you better understand the Opinion of the Court.