What Pride Means (to Me), by Jacob 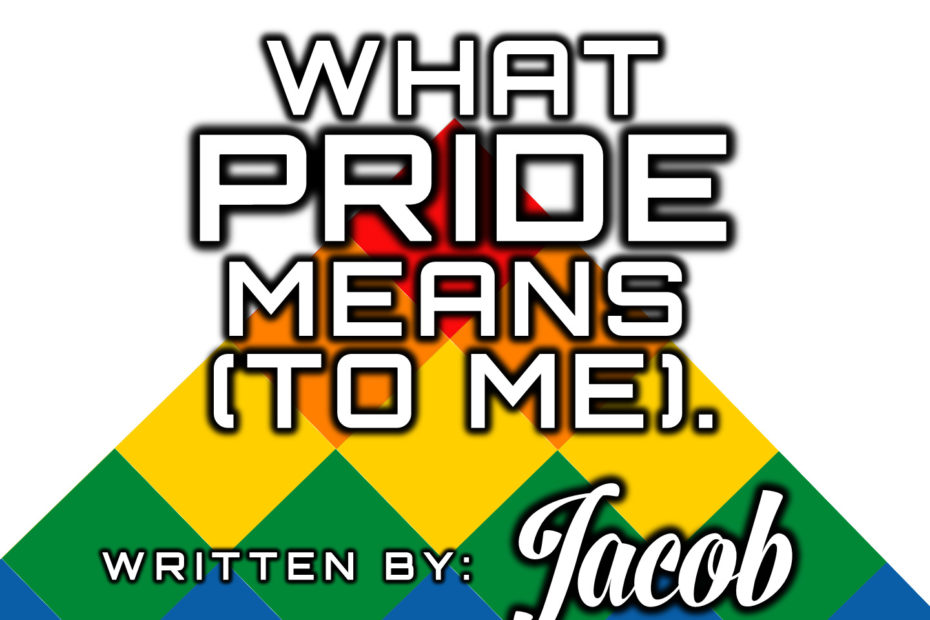 Jacob Balash (he/him/his) is the commUnity center Director for Spencer Pride.  He is one of the founders of the organization & has been involved since 2007.

Many years ago, while working at our first home just three blocks from the Owen County Courthouse, a woman stopped by & complimented our flower beds.  I thanked her & commented that my husband & I both enjoyed working in our yard.  Her facial expression immediately changed & she said in a cold tone “Oh, I didn’t know we had those people in this town.” I responded by saying that yes, there were quite a few gay people living in our community.

A few years later, my husband & I were at a local legislative breakfast where citizens come together to engage with their elected officials.  I spoke out in opposition of one of the many anti-LGBTQ+ initiatives that Indiana lawmakers were proposing that year, likely the anti-marriage amendment to our state constitution.   During break, a woman in front of us turned around & in a low voice said, “some of us aren’t happy that you people are here.”  I have no doubt that she wasn’t referring to the two of us attending the legislative breakfast that morning, but rather, LGBTQ+ people in our community.

I’m often surprised that people can be so unaware of those that are around them every day, but I do understand how it happens.  I was raised in a conservative Christian home & my family surrounded ourselves only with people who looked & behaved like we did.  We did not visit people who weren’t a part of our church community.  In those circumstances, it is easy to become ignorant of diverse views & backgrounds.   This ignorance enables those opposed to the lesbian, gay, bisexual, transgender, queer, & intersex community to perpetuate the idea that there are not many of us LGBTQ+ people out there.  By promoting this myth, they believe they can justify ignoring LGBTQ+ issues.  I mean, why have an anti-bullying program in school if there aren’t any LGBTQ+ kids being bullied, right?  Unless we are able to debunk the myth it often works in stifling important education.

This is where events like Pride festivals & parades can play important roles by serving as loud reminders of the existence of LGBTQ+ people.   LGBTQ+ visibility is powerful as it illuminates the many LGBTQ+ people in our communities, workplaces, schools, & families.   By showing people that we exist we can begin dialogue that can build community.

Visibility isn’t the only important benefit of Pride, however.  For me, Pride is much more personal.

As I previously mentioned, my upbringing was a conservative one in a very sheltered environment.  My siblings & I weren’t encouraged to think for ourselves, but rather to adopt the beliefs of my parents & those who spoke from behind the pulpit at church.  In that environment, gay people were demonized.  My parents had told me about Pride parades where unspeakably terrible things supposedly happened.  As I came to recognize that I was gay, I struggled reconciling this identity with what I had been taught about gay people.

Fast forward until I met the love of my life, Jonathan.  He wanted to go to Chicago Pride, which would have been the first Pride Parade for either one of us.  I did not know what to think or expect, but I went.  It was nothing that I had anticipated.

The next observation that I had was that there were so many people who supported us.   At the Chicago Pride Parade there were many PFLAG groups (an organization of parents, family, & friends of the LGBTQ+ community).  These groups consisted of affirming parents marching side by side with their children in support.  Given my own experience with my unsupportive parents, this was powerful for me & brought tears to my eyes.

That parade in Chicago was truly was a remarkable experience that forever changed the way I see Pride events. Contrary to what some people think, Pride parades & festivals are not just large parties.

They are an opportunity for people to get together & celebrate our differences.

They are an opportunity to learn from each other & to help support each other.

They are also very fun.

Something that my husband & I felt strongly about was that the affirming experience that we had at Chicago Pride should be something that LGBTQ+ people like ourselves can experience everywhere, even in our small, rural community.  Just because someone is born in a small town does not mean they have to move to a big city to find a place that they can live authentically.  They should feel like they belong wherever they are.  This is one of the most important reasons that I volunteer with Spencer Pride.

Even if you are not part of the LGBTQ+ community, I encourage you to grab a rainbow flag & wave it high in the air to let people know that you celebrate, love, & respect LGBTQ+ people.  I promise that your visible support will make a huge difference.  We can make this world a better place if we all just start with a little Pride.