What Pride Means (to Me), by Katie 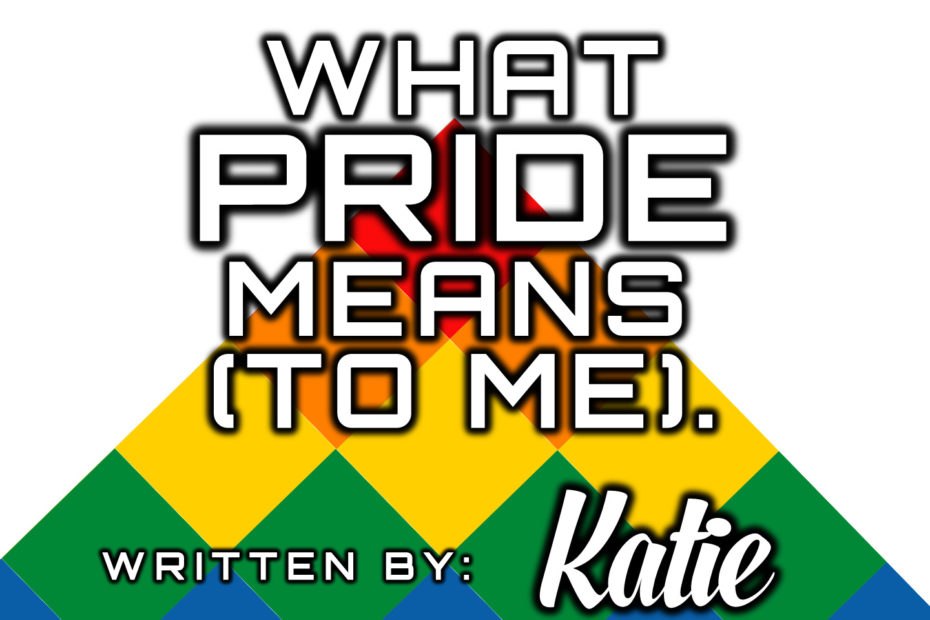 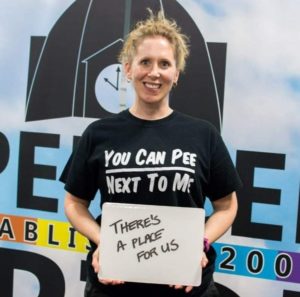 Katie is Spencer Pride’s first-ever vice president. She was elected to this role in 2019 after serving several years as the organization’s secretary.

When I was a junior in college, I signed up for Alternative Spring Break.  My group traveled to Minneapolis to volunteer at an HIV community center & work with LGBT (they didn’t include more letters than that in 1998!) youth.  I had never really considered my sexual orientation before that.  I was a cisgender female who dated boys.  I used to say that, for the first time in my life, that trip allowed me a glimpse of what it was like to be a minority.  Every single other student on the trip with me was LGBT, & I was the odd woman out.  (Granted, I of course realize there is a WHOLE LOT MORE piled on to the experience of being a minority, but you get the idea).  But the thing about it was, my eyes were opened to a whole new world.  I felt…at home.

On that trip, we helped clean & organize the HIV community center (something even in the 1990s folx might consider risky health-wise), went to bars & handed out palm cards for HIV testing services, delivered meals to HIV+ folx in their homes, visited an LGBT youth center & talked with the young adults about their experiences & the services being provided (there was a bowl of condoms out there for the taking–this is standard practice nowadays, but I’d never seen it before!), & even went out to my first gay club (um, nobody takes their shirts off in bars at University of Illinois!). 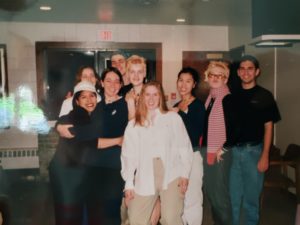 Throughout the trip, I just remember thinking, “This is the.most.accepting community I have ever seen. You are a girl who likes girls & boys? Come on in. You are a boy who likes boys? Have a seat at the table. You are HIV positive? How about a hug? You were born one sex but feel that isn’t really you? Lemme get you a meal. You want to wear nothing but a rainbow flag, dye your hair ninety different shades, spin around on your head, & belt out show-tunes? We’ve got a spot for ya right here.” You’re home.

After that trip, my life changed completely. I volunteered in the LGTBQIA+ community throughout college & grad school; completed my social work internship at Chicago’s LGBT community center at the time, Horizons Community Services (the precursor for Center on Halsted); became a Drag King groupie for awhile; realized that I was a bit further along the sexual orientation continuum than I originally though; was a vocal advocate at all of my subsequent jobs & helped change policies; went to workshops & gave diversity trainings on the LGBT community/culture/how to support, etc. I’ve been to Pride celebrations in Chicago, New Orleans, New York City, & San Francisco (OMG, Pride with my mother in San Francisco ON my 30th birthday–I mean, when the Dykes on Bikes roared in to start the parade, we both held each other & bawled). When I moved to Indiana in 2013, I went looking for the LGBT group right away.  I attended Spencer Pride’s LGBT History Month event, “A Night at the Tivoli,” & I was like, “These are my people. I want to be part of this.”

Seven years later, & I could just cry thinking about it, & I guess maybe I am right now. Yes, Pride means celebration, education, & advocacy, & for me the resounding feelings are acceptance, support, & love.  So when you ask what Pride means to me? I will say, “Home.” 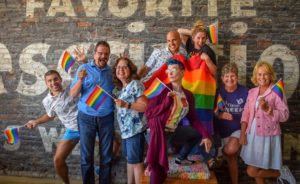 This photo was taken in 2019 during the annual Board of Directors Strategic Planning Retreat.